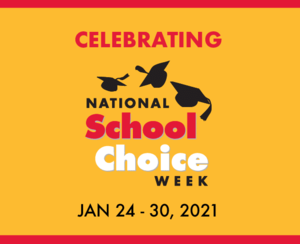 A Letter from our CEO, Dr. Phillips, concerning School Choice Week
Dear Friend of WPACES:
There’s much to celebrate this month at WPACES!
This week marks the 10th annual National School Choice Week.
And, this year marks the 20th anniversary of West Philadelphia Achievement Charter Elementary
School! After educating a generation of West Philly’s finest, some of WPACES’ first students
have returned to enroll their children—and grandchildren.
In a recent interview, Vice President Harris said, “People will tell you it’s impossible. But don’t
listen. They will tell you, It’s not your turn. It’s not your time. No one like you has done it, ”For
me, it wasn’t so much the naysayers as it was those with my “best interests” in mind who told
me not to leave my career in corporate America. They said charter schools were too new,
unproven, and could be put out of business with the stroke of a governor’s pen. Like Vice
President Harris, I held my comments, and “ate ‘no’ for breakfast!”
In 2010, a year shy of WPACES’ 10-year anniversary, the School District of Philadelphia and the
Mayor’s Office held a press conference to announce a task force to combat Philadelphia’s
Minority High School Dropout Crisis.
“High School Dropout Crisis” is a misnomer. Students don’t dutifully show up in high school
after years of delinquency to sign themselves out. The crisis happens in Kindergarten when
children learn what the education system they inherit thinks about them. If a child walks into a
school building that is falling apart to sit in an overcrowded classroom that lacks the necessary
outdated material to supply each student, a crisis is born. And time won’t heal that wound.
The press conference was the last I heard of the task force, except a few months later when a
few of its members dropped out.
But guess who’s still here? WPACES! And our kids are going places! When a WPACES scholar
graduates 5 th grade, he or she is not only looking forward to middle school—they are already
thinking about high school graduation and beyond. And parents who come back to enroll their
children along with other alumni who stop in to say hello tell us they are high school and
college graduates, leading productive lives.
WPACES has mitigated the school district’s dropout crisis and contributed to draining the
school-to-prison pipeline that runs through West Philadelphia. You will hear more from us later
this year about our 20th anniversary. Until then, I invite you to join us in celebrating families’
rights public school choice because thousands of children later, I’m here to tell you, it works.
Dr. Stacy Phillips
Print